Lanzarote is one of the seven Canary Islands – an archipelago which is owned by Spain but located around 80 km off the coast of North West Africa. As a result, this is the southern-most spot within the EU – making it an attractive investment proposition for anyone seeking a place in the sun which is also fully protected by European consumer protection laws and property rights. 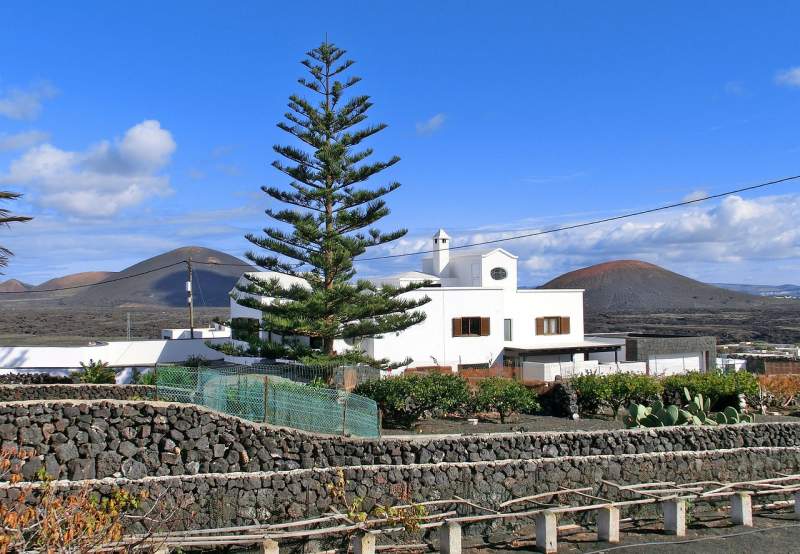 The climate in the Canary Islands is clement all year round – the temperature rarely falls below 18 to 20 degrees Celsius even in the depths of winter. Whilst during the summer months the mercury can hit the mid 30’s and above. As a result the islands offer a great investment option for anyone seeking a holiday home for either personal use or as a rental property.

Lanzarote is home to a population of around 150,000 and foreigners and expats make up around 30% of the residential base. This number swells significantly every month with the arrival of around 200,000 plus tourists – the majority of them emanating from the UK and Germany.

This buoyant tourist market offers year-round rental returns and thousands of overseas investors have purchased a property in Lanzarote in order to take advantage of the demand for good quality holiday rental villas and apartments.

Locally based estate agents such as Atlantico Homes offer entry level studios and apartments on managed complexes in the main resort of Puerto del Carmen, with prices starting from around €90,000. Investors can expect high occupancy levels of 70% plus and rental rates starting from around €400 per week, rising during peak periods such as summer and the school holidays.

This provides a very respectable return on investment – and properties on Lanzarote and the Canary Islands have also appreciated significantly in value over the last five years, providing decent capital gains too.

An even more impressive ROI can be achieved by investing in a holiday villa with a private swimming pool, as this type of property can command a much higher rental rate.

Typically, a two bedroom villa with pool in a resort such as Playa Blanca in the south of the island will rent out consistently all year round from €900 per week – a figure which again rises significantly during peak periods of demand.

On the downside however investors in search of lucrative rental properties should also be aware that Lanzarote’s growing popularity has also created a far more competitive rental market in recent years.

There are an estimated 10,000 holiday rental beds available on the island – so it is important for owners to take a marketing-savvy approach to their investment by differentiating their villa or apartment from their competitors online, which can be achieved with good quality photography and branding. Which is vital in order to stand out from the pack on key listing sites such as AirBnB, HomeAway and Booking.com.

Licensing is also another important consideration. For many years this has been a real grey area on Lanzarote – with rental laws in place but rarely enforced. Which has let to an explosion in supply over the last five years as more and more locals and overseas investors seek to carve out an income online.

Securing a licence can be a tricky process. The local authorities are slow to issue licences – sometimes taking up to a year. Whilst some observers have suggested that they are in fact deliberately obstructive as a result of being aligned with powerful hotel chains – who actively lobby against what they perceive to be competition from private owners. Either way, the services of a lawyer can often prove useful in breaking this bureaucratic log jam and they usually charge around €300 to successfully process a new licence application.

There are three main holiday resorts on Lanzarote – Puerto del Carmen, Playa Blanca and Costa Teguise. And whilst these spots attract the bulk of tourists they are also the most competitive locations for investors to launch their rental business. As a result, some overseas buyers have turned their attention to rural locations – a feasible strategy as the island is pretty small (just 60km end to end), making everywhere is close to the beach and amenities such as shops and restaurants.

Lanzarote is also a very beautiful island offering loads of stunning scenery and some amazing attractions, many of which were developed by the famous local artist Cesar Manrique, which further helps to fuel consumer demand for rentals in rural locations.

Chief amongst these attractions are the Cactus Garden in Guatiza, which is an incredible display of the plant worlds spiniest species. Along with the Jameos del Agua, which is a collapsed lava tunnel which has been converted into an amazing underground auditorium and concert space.

Lanzarote is also blessed with natural wonders such as the Timanfaya National Park – scene of one of the modern worlds longest every volcanic eruptions which lasted for six years during the 1730’s and which covered around 25% of the island in a sea of lava. Along with over 60 breath taking beaches, some of which, such as Famara, are amongst the best in Europe.

6 Ways To Stop The Foreclosure Process

Why Should You Consider Buying Apartments Under Construction?