Tax rises enforced upon high value properties, the potential introduction of a “mansion tax” and the uncertainty caused by a general election on the horizon, are all factors that are making homes worth more than £2 million increasingly difficult to sell, according to new research published by the Financial Times.

Over 50 per cent of all listed properties in London’s most affluent central areas have been withdrawn from sale without any purchases in the six months to the end of June, the research by analysts Dataloft and property data company Lonres highlights.

Prior to the top rate being introduced, between 20 and 30 per cent of homes worth over £2 million on the market in London’s most expensive central districts were withdrawn unsold. That proportion rose by nearly 100 per cent after the new stamp duty band was brought in, with the trend intensifying this year.

These figures are clear evidence that taxes do indeed have a significant impact on the market for high end homes, and are the latest in  a line of examples of the causation of the slowdown at the top end of the capital’s real estate market.

The Liberal Democrats and Labour parties have both promised to increase the financial burden on the shoulders of the owners of high value homes by introducing an annual mansion tax upon residences worth in excess of £2 million if they win in the general election next May. Labour are currently ahead of all other parties in the polls.

“There’s no doubt that the upper end of the prime central London housing market has started to slow and it comes as little surprise” continued Mr Payne. “A raft of taxes aimed at the upper price thresholds, the strengthening of sterling, talk of a mansion tax, increased stability in the global economy and the upcoming general election have all combines to affect buyer sentiment.”

Also Read:  The 10 Most Desirable Places To Live In The UK

Lonres and Dataloft also found out that more than 20 per cent of properties available for sale in prime central london in the first half of this year ended up having it’s price reduced, a figure which highlights the disparity between these sky high prices and the true value of such properties.
Homes worth over £5 million received the largest discounts, with the average seller slashing their asking price by a proportionately massive 10 per cent in an attempt to lure buyers into choosing their property.

Withdrawals tended to be typically concentrated in the £2 million – £5 million bracket, whilst two bedroom flats were the most common type of property to be withdrawn from sale. Mayfair and Knightsbridge, London’s most luxurious areas, saw the highest proportions of withdrawals.

Brad Shore is an experienced property investment and news author, he likes to bring you the latest property market news available. He works with numerous clients such as Alta Vista Property.

Also Read:  The Most Expensive Properties in The United Kingdom 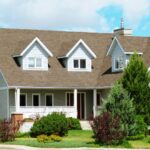 The Most Expensive Properties in The United Kingdom 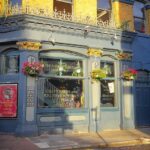 The 10 Most Desirable Places To Live In The UK