The property market in London is still going strong in 2015 and a recent forecast from real estate group CBRE predicts that house prices in the capital will grow by 31% over the next 5 years. Sales activity at the luxury end of the market has been reassured by the Conservative’s victory in the General Election so we could expect some record-breaking purchase prices this year, although it would seem unlikely that any deals will be done in excess of $1.55 billion, which is the estimated value of Buckingham Palace.

Here are some of the most expensive properties in London at present.

This property, nicknamed the ‘Taj Mittal’, is located on a high-security street in Kensington referred to as ‘Billionaire’s Row’ and is owned by the Indian Steel tycoon, Lakshmi Mittal, who bought the home in 2004 from F1’s Bernie Ecclestone.

The accommodation covers a vast 55,000 square feet and includes a bejewelled swimming pool and an oak-panelled picture gallery. It also contains marble that is mined from the same quarry used to build the original Taj Mahal. Mittal bought this property for £57 million in 2004 but American comparison site Comparecamp.com now estimates that it could be worth as much as £141 million. Generous Mittal has also since purchased properties for both of his children on the south side of Kensington Palace Gardens.

Mittal’s neighbour on Billionaire’s Row is none other than Chelsea Football Club owner, Roman Abramovich, who purchased his property for £90 million in 2011 from hedge-fund manager Pierre Lagrange.

Since then Abramovich has had plans for a subterranean extension approved, which incorporate an auto museum, a tennis court and a health centre, potentially adding considerable value to his home.

In early 2015, it was confirmed that Swiss mining billionaire, Aristotelis Mistakidis, had purchased a duplex for £46 million in a Belgravia block called Chesham Place, which was designed by Lord Norman Foster and developed by the Candy brothers.

The property includes a master suite, 4 guest bedrooms, servant’s quarters, a 24-hour concierge service and underground parking. It covers 7,900 square foot of space, making the cost of £5,800 per square foot a record for Belgravia.

This penthouse property at the newbuild development at 5 Princes Gate in SW7, exchanged hands for £50 million, making it the highest-value house sale of 2014. The stamp duty alone would have cost £3.5 million. The marketing for this property was not public and little is known about the purchase.

Also Read:  Top Things to Consider When Viewing a Property

This property represented the most expensive house sale in London, when it exchanged hands for £80 million, back in 2008. It was purchased by Elena Franchuk, a Ukrainian businesswoman and philanthropist who counts Sir Elton John amongst her friends. The stunning property was known to be a former preparatory school for girls prior to 1997 but after extensive renovation work it now features an underground swimming pool, cinema, panic room and sauna alongside 10 bedrooms.

None of us know for certain what the remainder of 2015 will bring for expensive property deals in London, but the smart money would be on some high-end purchases being snapped up by foreign investors in the Kensington area.

Jonathan Stephens is the founder of SurrendenInvest and has a wealth of experience in the property sector and shares his knowledge by writing for property and investment magazines.

Six Problems Property Management Owners Should Know How To Handle 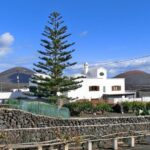 Buying An Investment Property On Lanzarote
Also Read:  Step away from these common mistakes when building a home