India continues to be the most rapidly growing economy in the world with a GDP of worth over 1.8 trillion USD. According to reports by trusted sources, India is estimated to be the third largest economy in the world by 2028. In a country, which is moving forth with this acceleration and thrust, sectors like Finance, IT, Manufacturing and most importantly Real Estate have their roles to play.

Indian real estate has witnessed a major increase in interest from global investors. This can be attributed to a substantial growth in other sectors and liberal economic policies like, The Indian transfer of property act, Indian registration act (1908), Foreign exchange regulation act (1973) etc. Amongst various cities in India the top notch ones which are at the zenith of real estate development namely are, Delhi/NCR, Bangalore, Chennai, Kolkata and last but not the least, Aamchi Mumbai.

Mumbai-The financial, commercial and entertainment capital of our country has undergone major real estate development in the past one decade. The major infrastructure developments can be found as listed below.

Where does Mumbai real estate stand?

Helped by Prime Minister NarendraModi’s sharp moves to duplicate Gujarat’s model of economic success across the nation, Mumbai’s real estate has witnessed a major ascent. With the economy booming in every corner of the country especially after the second quarter which stood at an increased growth of 5.7% over the same period last year, Mumbai has seen a major economic progress. This has led to increased job security, low interest rates and reined-in inflation in Mumbai. These reasons have accounted for a major positive change in the real estate sector of the city, which is quite evident from the increased number of commercial and residential projects in the city.

Aamchi Mumbai will continue to provide numerous real estate projects in the near future. Property seekers just need to find the right place at the right time. Good luck!

How to Acquire Real Estate in Bahrain 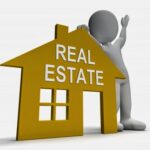