Dubai property prices are falling. And rents are on the decline. So, is it the end of good times in the UAE? Is the real estate sector really losing steam or are the naysayers wrong? Let’s take a look at where Dubai real estate stands at the moment.

The outlook for the Dubai real estate market continues to remain positive even as demand for residential and commercial spaces is expected to revive given the emirate’s growing population. While much has been said about the current slowdown, this is better attributed to the much-needed hiatus for sporadic price inflation’s and an organic attempt at putting away possibilities of over supply and a future downturn.

Further, the pessimism of double-digit declines in Dubai real estate may not be completely justified as the population, economy, infrastructure investment and tourist and airport traveler numbers are rising. Also, Dubai Land Department recently reported AED 53 billion in transaction value in the first six months of 2015, of which AED 30 billion investments have been estimated to come in from non-Arabs. This reflects positive investor sentiment and trust in Dubai real estate.While prices are expected to fall by close to 10 percent this year, government spending on infrastructure and the driving of more foreign investments in various sectors will support the market in the long term. Additionally, while Dubai is expected to see supply of close to 90,000 new units by 2018, the market is anticipated to quite easily absorb the new supply given the expected population growth.

Also Read:  5 Tips on Renting out Your House

Despite the reported slowdown, Dubai continues to attract the world’s super rich. The city, which accounts for hundreds of ultra-high-net-worth individuals and billionaires, is also home to various nationalities and cultures, making it a truly cosmopolitan metropolis. Dubai’s luxury properties continue to offer amazing value for money given that one can pick up a property for more than three times lower than the average price of a pad in London.In fact, average prices of luxury real estate in Dubai are estimated at $1,300 per square feet compared with $3,000 in London.

Further, average growth in London and Dubai in addition to numerous other global real estate markets, has been experiencing double digit highs for two years prior to 2014.This indicates tremendous opportunity for both local end users and international investors. Hence, what we are seeing now is more of a market correction and modest growth, given that Dubai’s residential market was booming over the first half of 2014. Price declines we are witnessing at present are hence not reflective of major declines seen in 2008/2009, but signs that the Dubai real estate market is maturing.

Also Read:  Real Estate Degree or License: When is it Preferable to Just Get a Degree?

While heightened demand over the past couple of years drove prices up considerably, values have corrected themselves thanks to the Dubai government, which introduced a slew of regulations last year to ease flipping and avoid overheating of the market. Steps such as the mortgage cap, establishment of a rent index and increase in property transfer fees are bearing fruit now and delivering the desired effects of curbing speculation and enhancing stability, besides creating more clarity for investors.

Further, like most established real estate markets worldwide, end users (mid-income segment) and long-term investors are beginning to drive the market: a very healthy sign.Not only does this keep speculators and flippers eyeing quick gains out of the market, it also makes the demand for property more real and shifts the impetus to long-term players.Two factors are contributing to this trend. One, the government is allocating several hundred acres of land for affordable housing in order to cater to mid- and low-income households. Two, the phenomenon has resulted in getting tenants to switch to home ownership, courtesy of the price correction, thereby also increasing the size of the market.

Also Read:  Is it a Good Idea to Invest in Phase-wise possession projects?

So, the way we look at it, things will move the other way come 2016. Why? Because we bank our optimism on a steady rise in Dubai’s population, its diversified and less oil dependent economy expected to grow by about 5 percent this year according to International Monetary Fund reports, its status as a top tourist destination, world-class business facilities for companies and importance as a core regional business hub. Dubai real estate is here to stay.

How to Acquire Real Estate in Bahrain

Green real estate is the solution for a healthier future 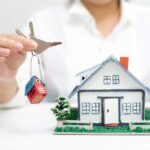