About 10,000 years ago human beings began to make basic modifications to the way they lived. Humans slowly transferred away from a nomadic life-style, they began staying in a single location for longer intervals.

The more stationary life-style was in all probability caused by ending of the ice age the end of this period is thought to have created considerable resources. Humans no longer had to travel as far and so their life-styles and shelters changed, humans no longer needed their shelters to be portable this meant they could use more permanent materials such as bricks and stone to build their homes.

Bricks are usually fabricated out of clay, bricks and mortar have been used in a lot ancient buildings and structures. The Romans used bricks to build their aqueducts, the Pantheon, parts of the Great Wall of China are made from brick too.

Also Read:  Home Improvement: The Most-Ignored Tasks You Can Do in Lockdown

The Sumerians are thought to have made the first bricks, the Sumerian bricks were made of silt dried naturally in the sun, these bricks dried to a hard consistency but they weren’t uniform in structure. After experimentation the Sumerians developed molds and were able to use these molds to create uniform bricks, these uniform bricks could then be stacked to create smooth walls with clean corners.

Naturally dried bricks are still used in some countries, they are very effective in warmer climates but would not work here in the UK. In the UK we have far too much rain for sun dried bricks, if we used such bricks in wetter climates our houses would turn to mud.

Here in the UK we tend to use bricks made out of clay which is molded and then baked to high temperatures in an oven or kiln for days, this baking process makes clay bricks harder, stronger and more resistant to moisture. The bricks are then secured in place with a sand and cement mixture. By adding concrete to the brick mixture it is possible to make water proof bricks out of plain, sun dried mud.

Stone is probably one of the oldest building materials known to man. Stone looks good, it resists the weather and elements well, stone withstands fire and the interior of stone built homes are cosy and warm. Stone does not need to be bonded together with mortar to make it stable but bonding it together would obviously be a good idea if you were building a home.

The problems with stone are that it is difficult to quarry and moving stone is not easy due to it’s weight, stone as needs to be worked by a specialist stone mason.Stone masonary is an extremely skilled job that requires an apprenticeship, you maybe surprised to know that according to the bls demand for skilled stone masons is expected to grow by the year 2022.

This post was supplied by Mark Stubbles, Mark writes for McIntyre Masonry, Edinburgh.

Various ways to really save up money at home 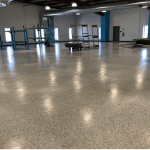